If you are impacted by the recent storms and need assistance with your existing account, please visit our Storm Help Page. 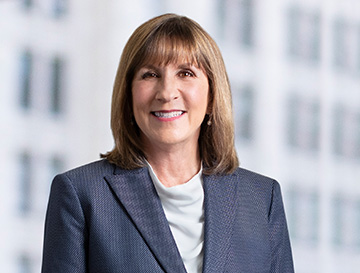 In 2016 and 2017, Michelle was recognized as one of the Top 25 Women to Watch in banking by American Banker as part of its prestigious Most Powerful Women in Banking and Finance program. In 2014 and 2017, she, along with nine other female Bank of the West executives, also received a Top Teams award from American Banker. In addition, the San Francisco Business Times recognized Michelle in its 2010 - 2016 lists of the Bay Area's Most Influential Women in Business.

Michelle has over 25 years of experience in commercial, small business and business banking strategies, credit administration policies and procedures, and direct management of commercial and business banking. Prior to joining Bank of the West, she was executive vice president and director of commercial banking at Greater Bay Bancorp, in East Palo Alto, Calif. There she was responsible for building and leading a team focused on finding new lending opportunities and other business development initiatives.

Tell us where you live

Choose your state of legal residence. We can then give you information about the products and services available in your area.

Note: Bank of the West has branches only in the states listed in the drop-down. At this time, we only open accounts for individuals and businesses in these states.

You are leaving Bank of the West

To proceed to this website, select Continue, or Cancel to remain on the Bank of the West website.

You are leaving Bank of the West

The website you are about to enter is a BMO Harris Bank N.A. website. Bank of the West has recently joined the BMO family.

To proceed to this website, select Continue, or Cancel to remain on the Bank of the West website.